‘And the Religion revolves around 4 principles; i) Love, ii) Hate; and which result in either, iii) Action or iv) Abandonment.

And īmān will decrease in direct correlation to its defficieny in these 4 principles.” 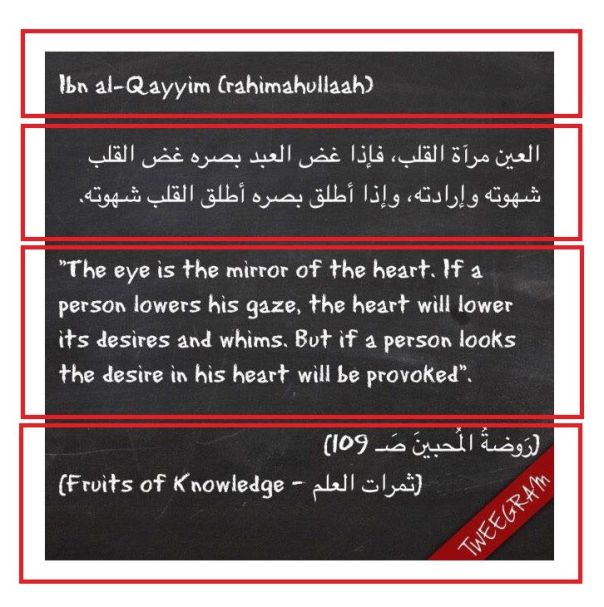 “As for congratulating the disbelievers for their religious ceremonies that have kufr (disbelief) attached to it, then it is not permissible according to the consensus. For example congratulating them for their holidays or their fasts, so the person says, ‘May you have a bless holiday’, or he wishes them well for their holiday or something like that. So this, if the one who says it escapes from falling into kufr (disbelief), is (still) from the impermissible things. And it is on the same level as congratulating them for prostrating to the cross. Rather it is a greater sin with Allah. And it is a more severe abomination than to congratulate them for drinking alcohol and killing someone, committing illegal sexual intercourse and things of this nature. And many of the people who don’t have any religion (or respect for the religion) fall into this. And he doesn’t know the ugliness (evil) of what he has done. So whoever congratulates a person for committing sins, or innovations, or disbelief, then he has exposed himself to the hate, wrath (anger) of Allah.”

Ibn al-Qayyīm al-Jawziyyah (may Allāh have mercy on him) said: Indeed the sins inherit humiliation, and from the du’ā of some of the Salaf was:

Fitnah is of two types: the fitnah of “shubuhaat”, {doubts and misunderstandings}, this one being the greater fitnah of the two, and the fitnah of “shahawaat” {desires}. It is quite possible that {these two fitnah} can be present in the abd {servant} at the same time, or one of them may be within him to the exclusion of the other.

Regarding the fitnah of shubuhaat {doubts and misunderstandings}, this is due to having a weak vision and a lack of knowledge, not to mention if this is accompanied by corrupt intentions and the goal of fulfillment of ones’ desires, and herein lies the greatest of all fitnah, this is indeed the worst of afflictions.

Say what you like about the deviation of evil motives, the dominant factor in such a person is his hawa {desires}, and not huda {guidance}, in addition to his weak vision and the lack of knowledge with which the messenger {sallahu alayhi wasalam} . Hence, he is like those whom Allah describes:

“They follow but a guess and that which they themselves desire, whereas there has surely come to them the Guidance from their Lord!” {An Najm:23}

And indeed Allah {subhaanhu wa ta’la} has informed us that the following of desires misguides one from Allahs’ path, He says:

“O Dâwûd (David)! Verily! We have placed you as a successor on earth, so judge you between men in truth (and justice) and follow not your desire for it will mislead you from the Path of Allâh. Verily! Those who wander astray from the Path of Allâh (shall) have a severe torment, because they forgot the Day of Reckoning”. {Sad: 26}

This is the kind of fitnah which leads to kufr and nifaaq {hypocrisy}, which is the fitnah of the hypocrites and ahl’il bidah {the people of innovation}, according to the degree of their bidah. Thus, the majority of them innovate because of the fitnah of shubuhaat {doubts and misunderstandings}, whereby they confuse the truth with falsehood and guidance with misguidance.

There is no salvation from this kind of fitnah except by exclusively following the messenger {sallahu alayhi wasalam} by appointing him as the judge in the fine {detailed} matters in the deen and its simpler ones, the public aspects of his life and the private one, his beliefs and his actions, his reality and his legislation, thus he takes from him {the messenger sallahu alayhi wasalam} the reality of emaan and the legislation of islaam.

He also accepts from him {alayhi as salam} what all he {alayhi as salam} has confirmed from Allah’s’ names, attributes and actions, and he does not negate them, in the same manner he accepts from him {alayhi as salam} the obligation of salah, its’ time and the number {per day}, the percentage of ones’ wealth on which zakat is due and those who deserve it, the obligation of wudu and ghusl {from sexual impurity}, the obligation of fasting in the month of ramadan, etc. Therefore, he does not see him {alayhi as salaam} only as a messenger in some aspects of the deen to the exclusion of others, but to the contrary he is the messenger for everything this ummah is in need of – be it knowledge or actions. So, he does not accept nor take {anything} except if it is from him {alayhi as salaam}, for the all guidance surrounds around his statement and actions. And everything which is outside of his guidance is dalaal {a deviation}. Thus, if this {principle} is implanted in the heart of the servant and he turns away from everything except this {the messengers’ prophetic guidance}, whereby whenever he judges anything he examines it in the light of that which the messenger came with, if it agrees with what he {alayhi as salaam} came with then he accepts it. And this is not because that particular person said what he said, but rather {he accepts it} because it agrees with the message {the sunnah}, and if it contradicts the sunnah he rejects it, regardless of whoever it came from. And this is what will save a person from the shubuhaat {doubts and misunderstandings}, and if he misses this {principle} then fitnah will afflict him in accordance to the degree he neglected this {principle}.

This fitnah is sometimes as a result of incorrect understanding, wrong information, the truth being confirmed and is present, but one was unaware of it so he was not able to get the most out of it, or sometimes it can simply be that a person has evil intentions and is just following his desires, thus he becomes from amongst those who are blinded in their vision and harbours evil in intentions.

The Fitnah of Shahawaat {desires}

Allah has indeed combined in the following ayat the description of those whom the two types of fitnah have befallen them:

“Like those before you, they were mightier than you in power, and more abundant in wealth and children. They had enjoyed their portion awhile, so enjoy your portion awhile as those before you enjoyed their portion awhile; and you indulged in play and pastime (and in telling lies against Allâh and His Messenger Muhammad ) as they indulged in play and pastime. Such are they whose deeds are in vain in this world and in the Hereafter. Such are they who are the losers”. {At Tawbah: 69}.

So Allah is pointing out to us here what happens from the corruption of the hearts and the deen because of taking pleasures in their portion {of this world} and indulging in {speaking about} falsehood, {and this is so} because curropting ones’ deen occurs either by falsehood and engaging in it, or by doing deeds which contradict correct action.

As for the first one; it is bidah and what results from it. And the second one is sinful actions. The first one {bidah} is consequence of shubuhaat, and the second {sinful actions} is an outcome of shahwaat. This is why the salaf used to say be aware of two kinds of people: a person of desires {innovator} whose desires has misguided him, and a person of this world (dunya people} whom this world has blinded him. They also used to say {the salaf}: be careful of the fitnah of evil scholar and the ignorant worshipper, for indeed their fitnah afflicts everyone who is misguided. The source of {all} fitnah is a consequence of giving precedence to opinions over what Allah has legislated, and preference of desires over intelligence. Thus, the basis of the first fitnah is shubuhaat and the basis of the second one is shahawaat.

The Cure for These Two Fitnah

As for the fitnah of shubuhaat this can be prevented and cured by possessing “Al Yaqeen” certainty, and fitnah of shahawaat can be fended off and remedied by “As sabr” patience. This is why Allah made leadership of this deen by possessing these two qualities, hence He says:

“And We made from among them leaders, giving guidance under Our Command, when they were patient and used to believe with certainty in Our Ayât”. {As Sajdaah: 24}, thus this indicates that by having patience and certainty one achieves leadership in this religion. Allah has also interlined these two characteristics in surah Al Asr wherein He says: “Except those who believe and do righteous good deeds, and recommend the truth to each other and recommend one another to patience.” {Al Asr: 3}.

“Be FIRM, and DO NOT change (your stance) because of the large number of attacks on you nor due to (their) being offended by your words. As long as you are upon the TRUTH then be firm, for truth is never budged (by falsehood). Thereafter, defend (the truth) if you are in a weak position. There is nothing lesser than defending (the truth).

But if you are in a strong position, then upon you is to attack (the falsehood). For the days take turns (sometimes in your favor and sometimes otherwise).
But (remember) the most important thing is that even if you are in a weaker position, then you should remain firm. And never say: ‘Oh, all the people are in opposition to this.’ Rather, be firm, for Allaah سُبحانه وتعالى aids His Deen, His Book, His Messenger throughout the ages.
No doubt that you will face harm (from the people).

Here is Imaam Ahmadرحمه الله , he was dragged by a mule in the market and was whipped. But he was patiently firm.
And here is Sheikh-ul-Islaam (Ibn Taymiyyah)رحمه الله , who was driven around in the market on a cart and was thrown in the prison, but he remained firm.
It is not possible that the earth will always be a carpet of roses and flowers for a person who clings to the Sunnah (for he will face opposition and will be harmed by the people).”

We believe we are being very clever coming up with new arguments to which to face the non-Muslims, but in reality it’s usually all been said long before and with a great deal more eloquence than we can manage ourselves.

Here someone is reciting “O Christ Worshippers,” a poem written by Ibn Al Qayyim Al Jawziyyah (Rahimahullah), one of the greatest scholars and ascetics of our Ummah.